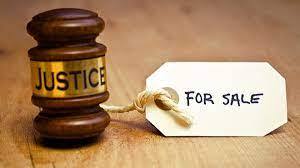 Liberty Fighters Network (LFN) will be joining forces with more than twenty other “gatvol” organisations, marching in protest against the government’s continued “New Normal” plans. This peaceful rally is the brainchild of the National Youth Group (NYG) and the Party of Action (POA).

On Monday, 30 August 2021, LFN members and supporters will be gathering on Church Square, Pretoria, from 09h00 to participate in this peaceful protest gathering, joining other citizens. The main purpose from LFN’s end is to focus on the crisis within our courts, especially within the Supreme Court of Appeal and the Constitutional Court. Based on its own and other parties’ experiences over the past 530 days, LFN must be certain that both have been captured and have lost their constitutional independence. In this context, LFN expresses its gratitude toward another organisation which will also participating in this march, the Hola Bon Renaissance Foundation. As valued amicus curiae, the HBR has supported LFN in some of the many matters that were brought to our courts by LFN and its President, Reyno De Beer, in the effort to defend the human rights under attack.

The march will begin at 10h00 and parade, via Church Street, to the Union Buildings. Both, President Ramaphosa and Deputy President Mabuza have already been notified by the organisers to accept the disgruntled Peoples’ memoranda at 12h00 on the lawn of their headquarters. It still needs to be confirmed whether our country’s executives have at least some respect left for the citizens to accept them in person.

‘It is time that all South Africans realise that our main courts have lost their independence and that, as a result, they have no longer the constitutional authority to make valid orders. This problem cannot just be swept under the carpet, it must be resolved” said LFN President Reyno De Beer. Until finalisation of further legal processes, LFN continues to rely on the validity of the 2 June 2020 High Court Order which declared all Disaster Management Act Regulations as unconstitutional and invalid. “The SCA judges, when upholding the Minister’s appeal, were openly biased before, during and after the hearing when conducting themselves. Their purported judgment is null and void and has no effect on us and the People of South Africa”.

“After this march LFN will continue to prevent further capture of our courts. With all the tools at our disposal we shall attempt to retain the part of our judicial system that still functions as independent as required and to attack those elements which have clearly become extensions of government in pushing the COVID-19 narrative”, De Beer adds.

LFN reminds the authorities that protesting is a non-negotiable right in terms of the Constitution and that no permission is required to have a protest. The local municipality must simply be informed; which has happened. The police must then organise themselves accordingly. Further, in terms of the Regulation of Gatherings Act, 1993, no protester may wear a mask or any other face covering and doing so amounts to committing a serious criminal offence.

Please consider making a voluntary donation of your choice in supporting our campaign to invest in your children’s future. LFN is the ONLY organisation that continuously opposes the Lockdown from the very beginning in our Courts and has pending matters before both the Supreme Court of Appeal and Constitutional Court, ready to proceed internationally…