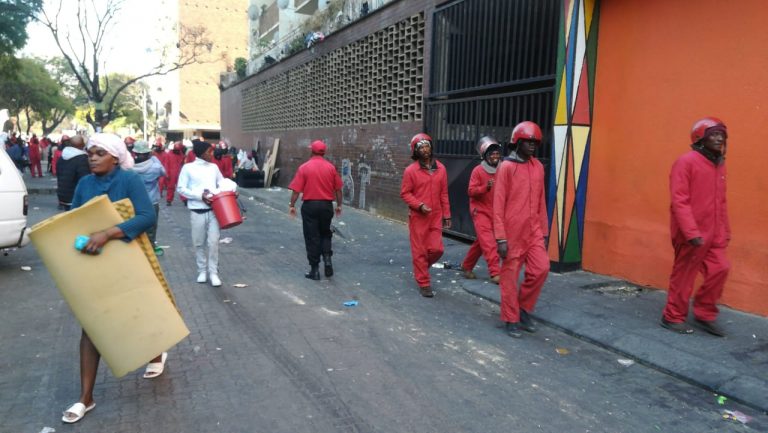 When non-white people first had the opportunity to become owners of land in South Africa during early 1990’s, groups of white property developers saw the boom in the market and started buying land for multi-unit property developments.

Banks opened their wallets and land purchased at next to nothing at Apartheid era prices, was soon transformed in complexes where black people could purchase their own single small sectional titles unit at double the price the developer paid for the whole land.

There was price fixing where these new homes were all sold at ridiculously high prices, but thanks to the help of banks providing these funds and over eager black people to become owners for the first time, it was not seen as a problem at all.

The property market had a period of extreme profits and white people started purchasing vacant land left right and centre just to quickly resale at 100% profit to an eagerly awaiting developer.

This Karen de Beer agent, soon found herself in a great mess with trust monies and living a lavish lifestyle from her part in selling cheap homes at ridiculously high prices to new black owners that the Estate Agents Board (as it was called then and very strict with compliance unlike the EAAB today) eventually suspended her licence and she was criminally prosecuted.

However, the damage was done in Pretoria and other cities in SA which followed suit and homes were bonded at extremely high prices and the property market left highly over evaluated to such extent that the prices could never be dropped.

Adding to this dilemma, Karen and her “gang” of other estate agents never informed these new black owners that they had to pay levies to their sectional titles schemes and soon black people were sued for arrears levies quickly leading to their sequestration at a mass scale.

By the year 2000, 6 years into democracy, research I did then showed something in the region of 8/10 black property owners were sued for arrears levies where 5/10 found themselves in either being sequestrated or selling or bank repossessing their properties.

The phrase “culture of non payment” was born where black people were labelled as non payers of services, while they literally were never educated and informed by estate agents like Karen that they had to pay levies and other rates and taxes.

Due to these greedy estate agents, schemes soon find themselves in financial difficulties too and non payment of services by these schemes started where most also never recovered and became dilapidated buildings with no maintenance and repairs possible.