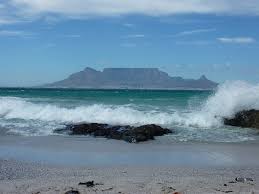 In an interesting turn of events in the “Beach Closure Saga”, Liberty Fighters Network (LFN) on Friday morning wrote an urgent letter to the legal team of Minister Dlamini-Zuma in which its President, Reyno De Beer, reminded the Minister that she is in direct Contempt of Court. According to LFN, the Minister violated the 2 June 2020 Court Order in respect of some parts of the Disaster Management Act Regulations which she failed to have lodged her appeal for. The closure of beaches belongs to them. In the result, beaches can no longer be closed under reference to the Disaster Management Act.

The Supreme Court of Appeal on 11 September 2020 granted the Minister leave to appeal to those parts which the Pretoria High Court had originally excluded. However, in terms of the Rules of the Supreme Court of Appeal, the Minister had to lodge her formal appeal against those parts as well. Her failure to do so now means that all the regulations pertaining to closure of businesses and, of course, beaches and parks, became legally unconstitutional and invalid.

In a sudden onset of leniency, and considering that it is Christmas time for everybody, President De Beer allowed the Minister until 12 o’clock on Sunday to open all beaches, recently closed by her under the DMA Regulations, and to bring the Regulations in line with the Constitution, above others.

The criminal prosecution of the selling of liquor outside certain stipulated times under the latest “Regulations” as recently announced by another President, are also now scrapped. In the event that LFN will have to bring an urgent application, all those points will be argued extensively before Court. In light of the Festive Season approaching fast, and with all South Africans now having the undeniable right to enjoy themselves on the beaches of the country, if they so wish, LFN’s request to the Minister thus far emphasises the beaches. President De Beer believes that “the Minister will get the message.” In case she does not, LFN will immediately lodge an application for contempt. Contempt of Court is, of course, a criminal offence. Pending the severity of the transgression, a Court may even find that her own lock-up may be opportune.

The net-effect of all of this is that as of lunch time this Sunday, beach parties may go ahead on any public beach in South Africa and cannot be prohibited under reference to the DMA. While liquor may only be sold at certain times, the selling at any other time can no longer be criminally sanctioned under the DMA Regulations. In this context, LFN has informed more than 1000 Commanders of Police Stations in the country of the legal factualities pertaining to the “Regulations” and are in the process of engaging members of the respective precincts to follow up with their SAPS units, in the interest of re-building communities that have been marred by the disastrous effects of the Lockdown. Please refer to LFN’s Press Release in that regard.

One thought on “Beach Closures: Dlamini-Zuma may be held in Contempt of Court”