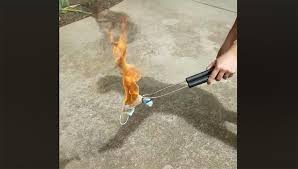 Liberty Fighters Network (LFN) is actively telling all South Africans to go back to normal, the Lockdown is over. Only the sale of tobacco, opening of casinos and clubs, cross border travel, suspension of initiations and evictions were excluded from the judgment dated 2 June 2020 of Justice Davis declaring all the Lockdown Regulations as unconstitutional and invalid and gave the Minister of Cooperative Governance and Traditional Affairs, Dr. Nkosazana Dlamini Zuma, time until 23 June 2020 to rectify and republish the constitutionally aligned regulations.

Government claims that the pending application for leave to appeal has suspended the execution and operation of the invalidity Court order, but LFN says that the period fixed by the Court is regulated in terms of the Constitution which supersedes the Superior Courts Act and can’t be suspended and only extended by the Court relying on previous Constitutional Court cases in its support.

Yesterday Wednesday, 24 June 2020 at the hearing, Justice Davis strongly evaded the challenge of De Beer in open Court that the Lockdown is over and emphasized that he would read his heads of arguments when considering the judgment bearing in mind that the Government still has got a right to apply for leave to appeal. It is possible that the question whether the Lockdown Regulations are legally invalid or not will not be dealt by the Court and only focus on whether leave to appeal should be granted or not without elaborating too much.

LFN believes that the responsibility now lies on the Government to obtain a declaratory order to proof otherwise and meanwhile people are encouraged to open their shops, stop wearing masks and go lighter on the obsessive hygiene if they so wish, and most importantly for churches, mosques, synagogues and other places of worship to fully open their doors immediately.

If we wait for Government to tell us that the Lockdown is over, we are going to wait forever. If Government doesn’t want to give us that right, it is our right to claim it.

Those who still feel at risk of COVID-19, may still continue doing whatever they feel is necessary, but that can’t be to expect everyone around them to do the same. Every person has got the right to make his own decision about his own health and of his children and Government can’t interfere with that basic human right at all.

Some of our supporters reported that they are fully behind us, but they are scared of this Government to retaliate against them as the victims of this irrational Lockdown.

What is the worst that can happen? We ask them. Government instructing their “SS Troops” to arrest the people who defy the unconstitutional and invalid Lockdown Regulations as of Wednesday 24 June 2020? We add rhetorically. Will Government really want to arrest the whole country who is defying its illegal actions holding its people under home arrest for the past 3 months all having enough? We doubt.

De Beer challenges Government to order his, and any of our supporters’, arrest for defying unconstitutional Lockdown Regulations. If that happens we shall immediately insist to be henceforth political prisoners and petition for international intervention. LFN will then request our supporters to find refuge in embassies if they feel threatened by this Government’s retaliation and safeguard our families too. De Beer as the Captain will not leave his ship, until all are safe.

Clearly this contemptuous Government, together with its 14 political parties (aka “minions”) represented in Parliament who have all committed themselves to the Government’s illegal actions on 15 March 2020, has forgotten how the people of this country got rid of Apartheid by burning their passes and we are telling the people now to burn their masks and go back to work and be liberated from a Government which manifests to many as the alter ego of the Nazi regime.

We will start to organise peaceful mass protests throughout our beloved country, in line with similar international ones currently underway in various countries against their own COVID-19 dodgy measurements.

We will also formally demand from Government to accept defeat against the people they serve and formally announce the end of Lockdown publicly. If Government fails to adhere to the demands of the people, we shall answer by organising mass boycotts by suspension of tax payments to Government, against the banking and financial sectors for suspending bond repayments and also landowners who have resorted to self-help remedies against their Lockdown affected tenants.

If Government has already brought us to our knees, we shall ensure through peaceful protests and mass action in Mahatma Gandhi style, to force a regime change to one which is uncorrupted, uncontaminated by nepotism and one which stops living in the past abusing racism rhetoric whenever it doesn’t have an answer for the people whom have elected them as their leaders.

LFN further believes that the Democratic Alliance (DA), Freedom Front Plus (FF+) and the Economic Freedom Fighters (EFF) must stop deceiving their supporters in believing that they had no hand in the unconstitutional Lockdown Regulations. They are all hypocrites who had the same information Dlamini Zuma had available when she declared the National State of Disaster on 15 March 2020, the same information which lead to all parties supporting Government then too. For anyone of them to now suddenly blame everything on only Dlamini Zuma (who merely serves in a Ramaphosa appointed Government with his allies), is mindboggling and opportunistic.

We are sure that the COVID-19 measures in our country were backed by above others the Rupert and Oppenheimer Families and therefore protest action against the business activities associated with these two families will commence soon. The Ruperts and Oppenheimers were so important to the Government that they were consulted before the people of South Africa even knew about the Lockdown. That deserves a high level Treason and State Capture investigation according to us. If Jacob Zuma and the Guptas went through one, surely Ramaphosa and these families should too. What’s good for the goose is good for the gander.