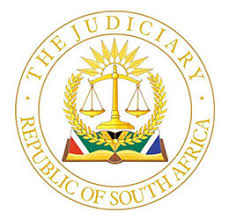 The urgent court application lodged on 7 September 2021 by LFN President, Reyno De Beer, to invalidate or set aside the 18 August 2021 order which allegedly demanded the Judicial Services Commission’s (JSC) to re-interview the nominees for two Constitutional Court positions, took an unexpected fascinating turn.

Not only did the JSC, inclusive of any one of its commissioners, choose not to oppose the application, but the Council for the Advancement of the SA Constitution (Casac) declined to lodge any formal opposing affidavits and beliefs that it will succeed to dismiss the De Beer application based on only a few questions of law.

In our law, unless the version of the applicant is clearly untenable, in absence of a respondent answering to the founding affidavit the version of De Beer must be accepted as the truth and correct. Thus, with both Casac and the JSC choosing to remain oblivious of what really happened with the “settlement” which resulted in the Full Court making it an order, remains a mystery and foul-play cannot be excluded.

De Beer is not worried about the “incompetent” questions of law raised by Casac and reports that this voluntary association with obvious links to President Cyril Ramaphosa and his factional supporters clearly could not deny that the actual reason why it brought its review application in the first instance was only to challenge the JSC’s short-list for its preferred nominees, Justice Unterhalter and Adv. Alan Dodson SC; the very short-list Ramaphosa will eventually choose the next two apex court positions.

“What Casac actually did with its ‘second shot’ plan was to destroy the chances of both Unterhalter and Dodson to ever be seen as suitable candidates for any senior position on the bench,” says De Beer. De Beer has formally requested the deputy judge president per letter on Monday to appoint a new bench of three judges to hear this application which is due for hearing, unless directed otherwise, on Tuesday 28 September 2021.

Please consider making a voluntary donation of your choice in supporting our campaigns to invest in your children’s future. LFN continuously opposes the Lockdown corruption and has a multitude of ongoing matters before various local courts and the African Commission on Human and Peoples’ Rights…