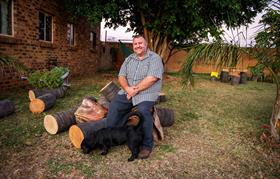 Last week Tuesday, 24 November 2020, Liberty Fighters Network (LFN) joined Panda Knowledge Factory NPC (Panda) to lodge an application intervening as an amicus curiae (friend of the Court) in the DearSA court challenge which attacks the repeated extensions of the National State of Disaster that plagues the people of South Africa for the past 8 months.

In a surprise move, the attorneys of DearSA, Mssrs. Hurter Spies Incorporated, wrote a letter to the State Attorney last Friday, confirming that their client agrees that the Minister of Health, Dr. Z Mkhize, may join the Minister of Cooperative Governance and Traditional Affairs, Dr. N Dlamini-Zuma as the second respondent. Dear SA, apparently not seeing any urgency in possibly freeing the people of South Africa from another possible NSD, agreed to only argue on 15 December 2020.

It surely is of interest in this context that Hurter Spies, now representing DearSA, earlier represented trade union Solidarity as amicus curiae in the One SA Movement matter where Musi Maimane also challenged the legality of the lockdown and contested the reopening of schools. In that case however Solidarity, for reasons best known to itself, LFN presumes supported the argument of the Government to open schools but kept the rest of us locked down. You should read that again.

As applicant amicus curiae, LFN does not have any authority to dictate the time periods in the DearSA case, but we are angered that DearSA was so generous to this corrupt Government which seems to have dedicated plenty of resources to stall the process; as LFN knows from own experience when arguing for the people of South Africa.

To make things worse, the hearing will now take place on the date the extension of the national state of disaster is due, potentially leaving the People in the unfortunate position to endure the Festive Season under another extension of the NSD over Christmas and New Year.

LFN is of the view that DearSA should have continued placing the matter on the urgent court roll for 1 December 2020. The reason why Dear SA consented to such a generous extension of the time frame is unknown.

Meanwhile, not only did LFN lodge its Application for Leave to Cross-Appeal with the Supreme Court of Appeal last week Monday challenging the original declaration of the NSD, but are also waiting for the decision of the SCA President, Madam Justice Maya, to grant its petition to have an urgent hearing of the appeal. LFN requested the SCA to address two preliminary points it believes will bring the appeal to an end and confirm that the Court order dated 2 June 2020 already came in operation on 24 June 2020; meaning that, if LFN’s view prevails, the Government illegally enforced the DMA Regulations ever since.

Besides that, Minister Dlamini-Zuma failed to have lodged her Notice of Appeal to the SCA in time against those parts originally excluded from the 30 June 2020 judgment. She was originally allowed on 11 September 2020 by the SCA to appeal those excluded parts as well. Her failure to lodge implies that since 12 October 2020 the excluded regulations have already been null and void and can’t the Government return to neither level 4 nor 3 as has been suggested in some media circles lately. LFN will update in due course. LFN will continue to be the voice of the People during these dreadful times of deceit and wolves in sheep clothes.