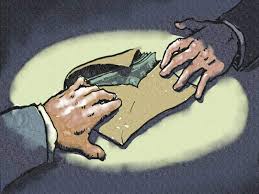 Liberty Fighters Network (LFN) have formally requested the South African President Cyril Ramaphosa to investigate himself and certain 3rd parties, the so-called “Stellenbosch Mafia” as well as others, some of which are foreign, in relation to their possible undue involvement in the COVID-19 debacle which has devastated the country since its inception.

Undue and / or unlawful involvement by 3rd parties into Government affairs may, inter alia, constitute acts of treason and / or corruption. LFN have requested the investigation, hopefully leading to dismissal of such possibilities, to be undertaken by a Judicial Commission, which is to be established by the President himself should he choose to follow the argument.

Full details are contained in LFN’s 12-page letter to Mr. Ramaphosa. The Office of the President has confirmed receipt of this important letter at 05h48 this morning. We appeal to the media, and to the public in general, to understand that this is a serious matter which may well lead to a situation never before experienced in South Africa. Unlike COVID-19, same may become very real, however.

We trust that the President will establish and support the Commission to the fullest extent possible in order to set the public at ease and to serve South Africa as he swore he would do when he took office. At this point, we hope and believe that Mr. Ramaphosa will be able to sufficiently justify his actions, his executive decisions as well as a decision relating to all and any financial transactions in relation to COVID-19 and the “Lockdown.” LFN believe that full and frank disclosure are the only way to reinstate the trust into the Government which has been lost by its supporters and by the public in general.

The President has been given 10 business days to consider LFN’s request. The legal basis for same lies in the previous establishment of the Judicial Commission into allegations of State Capture. Should the President fail or omit to respond, or should he respond in the negative, such will be interpreted as his Executive Decision not to accede to the request. LFN will then be in a position to escalate the matter to the appropriate forum.

This letter to President Ramaphosa can be downloaded hereunder.

2 thoughts on “President of South Africa requested to investigate himself”